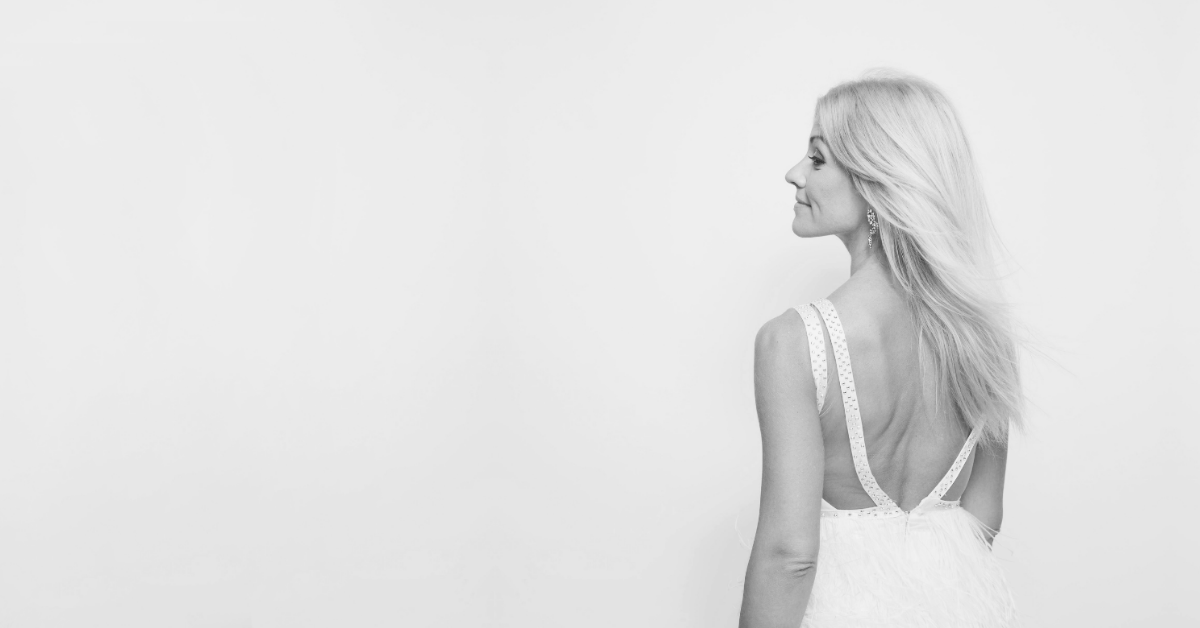 My Kind of Christmas with Aliki

Way before the sound of her pure soprano vocals brought tears to the “Britain’s Got Talent” audience, Aliki Chrysochou was just a normal kid listening to her family’s music collection. “Being half Greek and half English and being born in a very musical family, going back to my great grandfather, I had the opportunity to be introduced to various sounds of music from a very early age. Music from our Greek composers M. Hadjidakis, M.Theodorakis, Nana Mouschouri, to Barbara Streisand and Celine Dion and then all of Andrea Bocelli’s records, Sarah Brightman, Luciano Pavarotti and many more. Through my father I found my Greek temperament sound and style, and my mother my love for Opera and Classical music.”

The love for music and her promising talent saw Aliki heading to university full of hope for future but soon everything was about to change. “For me University was a challenging period due to the fact that I had to take a whole year off as I was diagnosed with Encephalitis after the completion of my first year of studying.” When she had come home for break Aliki’s mother Debbie noticed her speech was becoming slurred. Her condition continued to worsen and Aliki eventually lost the ability to walk or even feed herself.

For those who don’t know about the disease Aliki shares: “Encephalitis is an inflammation of the brain where in some cases, can be life-threatening. And it is very difficult to predict how encephalitis will affect each individual.”

It was a devastating turn of events and Aliki’s family was left unsure what the future would hold. It wasn’t until one night when Debbie began to sing to Aliki that there was finally a breakthrough. Her echoing hum provided the first glimmer of hope in what would be a long road to recovery.  Aliki faced huge challenges and had to re-learn to read and do simple math but despite the setbacks continued to fight.

“I was one of the lucky encephalitis survivors that has fully recovered and have been given the honor to be one of their honorary ambassadors in the Encephalitis Society in which I actively support the society’s mission and global charity projects, and also having recently run a marathon raising funds for the cause. “

Thanks to her own determination and the support of her family and future husband, Aliki was eventually able to continue her university studies.

“Upon my return, I’d say it was more about honing musicianship and learning new repertoire, learning about new roles and the approach one must have to each era. It was more about learning the importance of practicing every day and discipline. Of course, each part of classical vocal studying is a stepping stone towards the understanding of this beautiful and challenging form of art. Better vocal development and more understanding of my vocal instrument I believe came later on in my life through experience and growth.”

She continued to refine her talent after graduating studying at the Herbert Berghof Studio in New York and then later with teachers from the Julliard School of Music. “I believe that having had classical voice training it has definitely helped me to have the ability to approach any given song in the way that it deserves to be performed artistically speaking. Whether that is an aria, a musical theatre piece, a classical crossover or jazz. Additionally, studying theatre in New York, has enhanced my understanding of having empathy with the character in the song, so that when I go on stage, I can bring that character to life.”

In 2013, Aliki shared her talent and story on Britain’s Got Talent audience and received resounding approval from the judges and standing ovations from the touched audience. She was an audience favorite advancing to the semifinals. In 2019, Aliki released her debut classical crossover album Reflections which she calls “A collection of passionate arias, musical theatre pieces and crossover.”

Her career continued with performances with top classical crossover acts like Il Divo. “I have definitely had some wonderful and exciting times working with some amazing artists around the world. Loved the preparation of it all through rehearsals, watching it all come together, admiring their work ethic, discipline, and living the backstage moments and the way everything transforms once you are on that stage on the nights of performance. I have learned through speaking to the person behind each artist, that it takes sacrifice and lots of determination, continuous work and practice to be able to make it and remain into the music industry.”

This year Aliki is back with a brand-new release entitled My Kind of Christmas.  “I have always wanted to do a Christmas album, and now seemed like the perfect time to do so. The recording of an album like this, was to make the listener feel at home, through the choice of songs and arrangements to feel the magic, and feel the power that music has for all of us during these difficult times for humanity. Through this album I wanted to give to the listener a feel of what “My kind of Christmas” is like. As an artist I love to experiment with different genres, different languages as I believe there is only one kind music… the beautiful kind, no matter if we label it as pop, classical, jazz, classical orchestra or a big band sound. “My kind of Christmas” begins with Adeste Fideles with a powerful arranged by Paul Bateman, and amongst others there the song Santa Baby with a very big band feel, which I really had fun recording in the studio.”Although the album has landed just in time for the Holiday’s, the preparation of course started much earlier. “The very idea of recording a Christmas album I’d say began sometime in May 2020. Finally, around July/August and September recordings and mastering took place in three different places in the world, Prague, England and Cyprus, but somehow all came together even under these challenging social distancing circumstances.  What I will most definitely remember and keep in my heart forever is how original it was for me to be singing Christmas songs in the heat of August! So, it was definitely a first timer and actually fun having to decorate a Christmas tree in midsummer to totally find me in the mood of Christmas magic!”

The album see’s Aliki reunite with The City of Prague Philharmonic Orchestra. “They are an amazing classical orchestra, consisting of mainly Czech classical, jazz and guest musicians, who have worked for many international film studios and labels such as Decca, EMI etc. I had the opportunity of meeting them all in person at The Smecky Studios in Prague, during the recording of ‘Reflections’ which was something I couldn’t do this time, due to the pandemic situation and social distancing. The mastering, mixing and production was done in the UK by Gareth Williams who is also someone I am now able to call a friend, as he has worked on both of my albums so far.”

The album also features the Diastasi Choir Association where Aliki used to solo as a child. “It was beautiful having these new voices be a part on some of the songs in my new album.”For Aliki, Christmas holds an especially dear memory of the birth of her son, “In the very early hours of Christmas morning.” She now has two boys, 4 and 2 and they’ve been in the privileged position of hearing her sing all during pregnancy.  “I believe that any mothers singing is something that the children are very attached to, as they find it very familiar and soothing to them, feels like home. I’m not sure they are very happy when I vocalize and do my warm ups at home, they’ll either join me and roll their eyes and do their own arpeggios, or they’ll start yelling ‘Stop now mummy!’”

The pair has previewed the album and Aliki tells they “already have chosen their favorite songs from it.”

After an especially difficult year for all, many are looking to Christmas for the promise of hope and with her incredible story, Aliki’s “My Kind of Christmas” is the perfect soundtrack.

“Christmas this year will be somewhat different for all of us. So most importantly I am hoping that we will be able to spend some time with family and enjoy some quality time. Create some magic moments for our boys, and new memories with them which we can cherish in years to come.”

“My Kind of Christmas” by Aliki is just the right mix of familiar and new. Aliki’s soprano is a beautifully developed instrument, sweet and even throughout her range. She particularly excels at the ballads like “Have Yourself a Merry Little Christmas” and “White Christmas”. The City of Prague Philharmonic Orchestra is the perfect match for her with classic arrangements and unique touches to show off range. The album is masterfully balanced and the accompaniment never overwhelms Aliki on the sentimental moments. If you are a classical crossover fan “My Kind of Christmas” is an essential album to add to your collection.