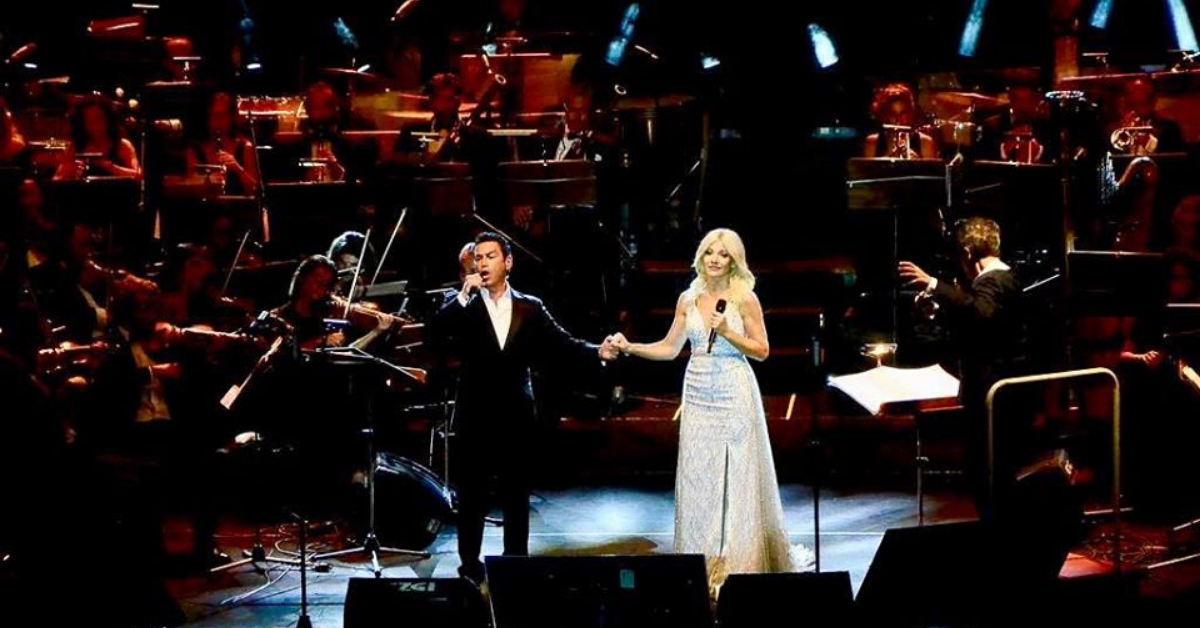 The world-renowned Greek tenor Mario Frangoulis has chosen to share the stage with Aliki during his concert tour in Turkey.

Aliki performed alongside the multi-talented tenor at ‪Cesme Open-Air Theatre‬ on August 22 and at ‬Bodrum Ancient Teatre on August 25, 2019, with the two charismatic interpreters performing to the best of their capacity taking the audience on an unforgettable musical journey.

Both Aliki’s and Mario Frangoulis’ performance style combine multiple genres from opera, pop, rock, folk and world music and they can both perform in multiple languages. During the concert tour in Turkey, the singers were accompanied by the İzmir State Opera and Ballet Orchestra.

Frangoulis is known for his charismatic vocal performances and his combination of classical and modern works and combinations of music genres. He began his career in the West End of London, where he was discovered by Sir Cameron Mackintosh. Having released more than 20 albums, he has worked alongside various artists including Klaus Meine (Scorpions), Angela Gheorghiu, Placido Domingo and Jose Carreras, Sarah Brightman and Lara Fabian.